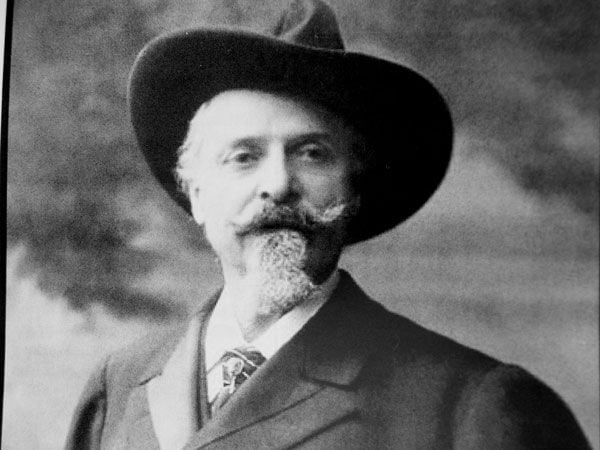 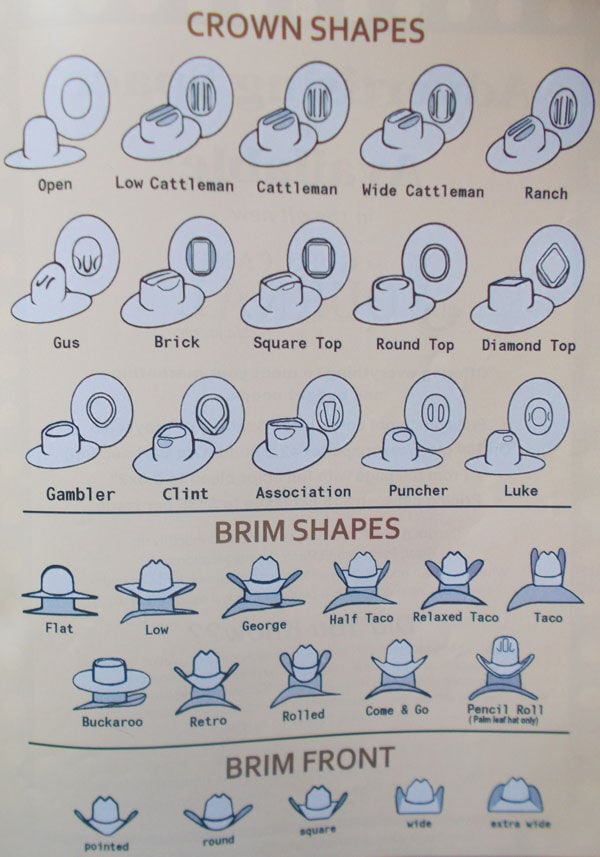 Nothing evokes the cowboy culture and the American west more than the Stetson hat. The first Stetson hat, “Boss of the Plains,” which became the cornerstone of the Stetson Hat Company, is still in production today. It was developed, made and sold by John Batterson Stetson here in Colorado in the early 1860s.

Stetson was born May 5, 1830 in East Orange, N.J., the seventh of twelve children. His father, Stephen Stetson, a hatter (one who makes hats), ran the No Name Hat Company, which made superior quality hats. It is said he even made hats for George Washington.

At the time, a hatter was not a respected profession; hatters were seen as unreliable, lazy drunks, but John’s good business practices and determination helped to change that image.

Growing up, John worked for his father and brother learning the hat trade: making hats, selling hats, buying raw materials for hats and training other workers.

Just about the time Stetson made plans to start his own hat business as a young man, his health deteriorated and he was diagnosed with tuberculosis. He was told he only had a short time to live. Stetson decided to quit the hat business and explore the west in hopes of recovering his health in the dry western air.

Stetson made his way to St. Louis, Mo., and got a job at a brickyard, soon becoming manager and then a partner in the business. The river flooded and destroyed the brickyard, taking Stetson’s investment with it.

After the army rejected Stetson because of his health, he joined a group heading to Colorado, in the “Pike’s Peak or Bust” rush to find gold.

While crossing the plains, the pioneers having no way to tan hides, used rawhides for tents and blankets. But the rawhide tents deteriorated quickly in the damp weather and had to be thrown out. The plains, with almost no trees, provided little protection from storm or sun.

Drawing on his hat making experience, Stetson showed the pioneers how to make felt from the animal fur, making tents that would be waterproof and durable.

While Stetson was panning for gold in Colorado, it is said he went on a hunting trip, and, as something of a joke, he made a wide-brimmed hat with a tall crown out of a beaver pelt he had showed the others how to felt. Before that, people wore top hats and derbies, or discarded civil war headgear.

The wide brim offered protection from the elements, helped fan a fire and, because it was waterproof, it could be used to carry water. The taller crown offered an insulated space and helped keep the head warm. Their multi-functionality is what made them so popular.

Stetson quickly grew fond of this hat as did some of his friends. One day, it is said, a cowboy rode up to Stetson, tried on the hat and paid him a five dollar gold piece for it, riding off with the first western Stetson. This was the first hat Stetson sold.

Felt may be the oldest fabric known to man. Since it isn’t woven, a loom is not required, and ancient people easily made felt. Some of the earliest felt has been found in the Tlai Mountains in Siberia from nomadic horsemen dating to 700 B.C.

In the felting process, heat, pressure and moisture are used. Animal fur is dipped in alternating hot and cold water and agitated. The hairs matt together, compress and interlock. Since felt is not woven, it can be cut without worrying about it unraveling.

The commercial felting process used mercury nitrate in its agitation solutions, causing dementia in the workers leading to the phrase “mad as a hatter,” popularized by Lewis Carroll’s Mad Hatter character in Alice’s Adventures in Wonderland.

Stetson didn’t strike it rich in Colorado, but his health did improve, and in 1865 he returned to Philadelphia. With $100 he had left from his travels and a small amount he borrowed from his sister, Stetson bought tools and fur and rented a small room at Seventh and Callowhill Streets, starting the John B. Stetson Company.

Stetson started by making the popular styles, but realized he needed to make something unique and focused on the western market, creating the “Boss of the Plains.”

The original “Boss,” manufactured in 1865, featured a wide, flat brim with a straight-sided crown with rounded corners. “These lightweight, waterproof hats were natural in color, with four-inch crowns and brims. A plain hatband was fitted to adjust head size. The sweat band bore John B. Stetson’s name” (Wikipedia). Stetson produced a high quality, expensive hat and owning one showed that a cowboy was doing well.

Stetson sent the hats to merchants in the southwest asking for a minimum order of a dozen “Boss of the Plains” hats. The “Boss” was an instant success and in less than a year the company was moved to a factory on the outskirts of Philadelphia.

By 1886 the Stetson hat company was the largest in the world, having mechanized the hat-making business, making almost 2 million hats per year by 1906 in a factory spreading over nine acres.

Stetson died of a brain aneurism in 1906, but the company carried on. It finally closed its Philadelphia factory in 1971, but licensing out the Stetson label to other manufacturers.

Texans seem to prefer the “Ten Gallon” style, which has nothing to do with how much liquid the hat can hold. It comes from the Spanish word galon, meaning braid. Ten is the number of braids used in the hat band.

Besides being well known in America, Stetson products are sold in many countries. The Stetson name now sells hats as well as apparel, footwear, fragrances, eyewear, belts, bourbon and other western image products.