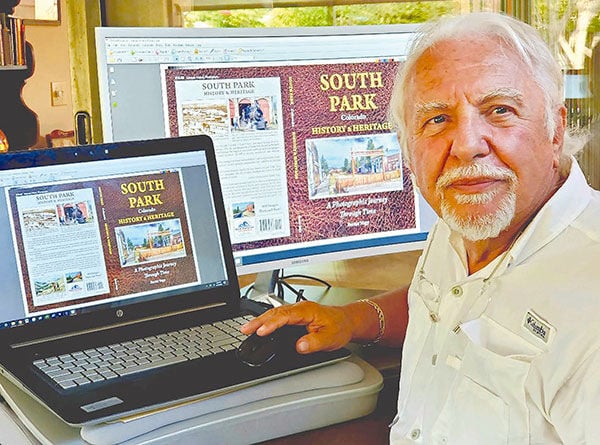 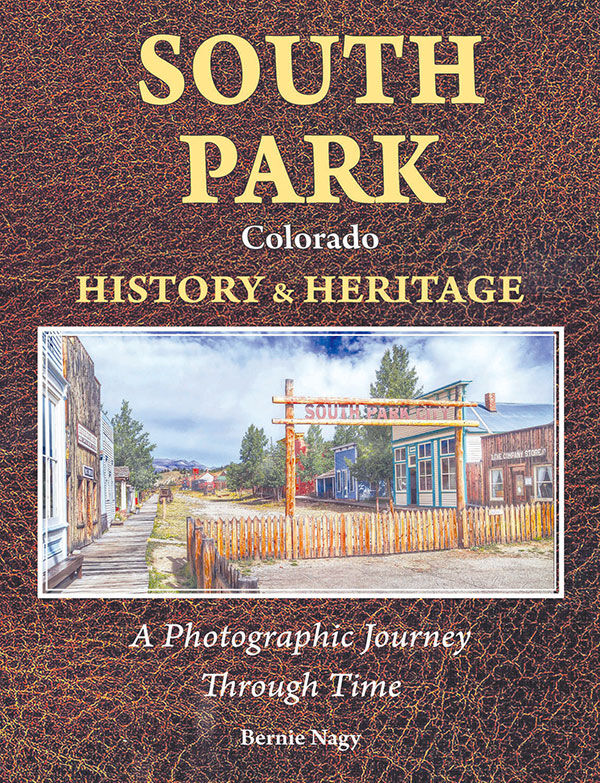 Those who appreciate the colorful nature of Park County history should be advised that local author and photographer Bernie Nagy has recently released “South Park, Colorado History & Heritage, A Photographic Journey Through Time.”

Nagy, who moved to South Park with his wife Linda upon retiring as co-owners of a national direct marketing mail order company for 30 years, served for 13 years as a trustee on the South Park Historical Foundation and Museum and worked as a photographer/correspondent for The Flume for more than 10 years.

Above all else, however, Nagy has a knack for bringing Park County history to life with hundreds of illustrations and photographs taken over the last 15 years. He cleverly utilizes researched information to link the viewer and reader to “time travel of more than a century and a half.”

He says he hopes “… this book will be a welcomed addition to all who live in and visit South Park, a place where history, heritage and nature intertwine.”

The 96-page book is meticulously crafted and provides readers with an in depth overview of South Park’s history beginning with prehistory, geology and archaeological finds, Native Americans in South Park and the influence of Spaniards, mountain men and explorers.

The “Golden Years of South Park’s Mining Era” and the discovery of South Park minerals, including rhodochrosite, the “Red Treasure of the Rockies,” is also covered in depth by Nagy.

Nagy also skillfully documents the early years in Fairplay, complete with a history of important structures, historic hotels and photos depicting Front Street and other locations around town as they appeared many years ago, and how they appear today.

The historical significance of surrounding communities such as Como, Jefferson, Lake George, Hartsel and Guffey are also featured with a wealth of well-written stories and photographs, as are important geographical locations such as Boreas, Kenosha, Mosquito, Hoosier and Wilkerson passes.

The magazine also discusses the importance of railroads in and around the South Park vicinity, complete with a map illustrating routes once used by the Denver, South Park and Pacific Railroad, as well the Colorado Midland Railroad. Train station locations are also indicated on the map, challenging readers to imagine how communities like Como, Jefferson and Alma might have appeared to the thousands who passed through during the magical age of rail travel.

Reservoir are just a few of places featured in his latest publication.