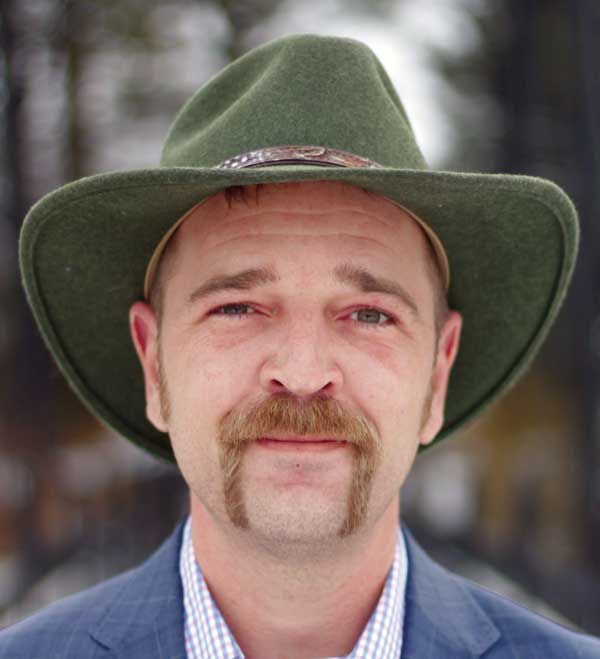 Elsner garnered just under 62 percent of the votes cast in his primary win over Sherriff.

Franciosa, who was introduced to The Flume readers in  a  Feb. 28 article by Walter Newton, is running as a Libertarian.

“Libertarians strongly oppose any government interference into their personal, family and business decisions,” Franciosa said, “Essentially, we believe all Americans should be free to live their lives and pursue their interests as they see fit as long as they do no harm to others.”

Frangiosa owns a mortgage company and lives in Shawnee. He is currently serving as treasurer of the Platte Canyon Area Chamber of Commerce and is active in numerous charity and volunteer endeavors.

He says he is running for commissioner in part because “I believe it’s time for a fresh look at our budget, our ordinances, and our commitment to our community.”

Furthermore, Franciosa claims that much can be done in Park County without the addition of new taxes:

“We can fix our roads. We can improve our infrastructure. We can fund our Sheriff’s Office and first responders. And we can do each of these things without raising taxes on Park County residents.”

“In a year of uncertainty and record turnout, it was very gratifying to get sixty-two percent of the vote,” Elsner said. “I think that sends a message that Park County voters believe we are on the right track.”

Elsner touted his support for friendlier land use regulations and relationships with groups outside of Park County as a couple of contributing factors in his recent primary victory.

Elsner believes getting Park County businesses and citizens back to work after the recent COVID-19-related shutdown will be the an important but challenging task in the coming months.