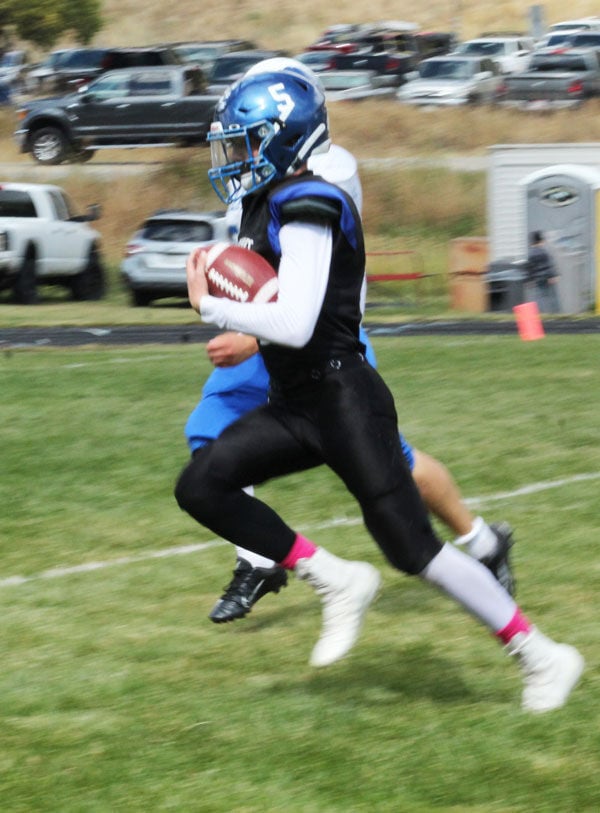 PCHS quarterback David Fouts glides into the end zone with a defender in pursuit. 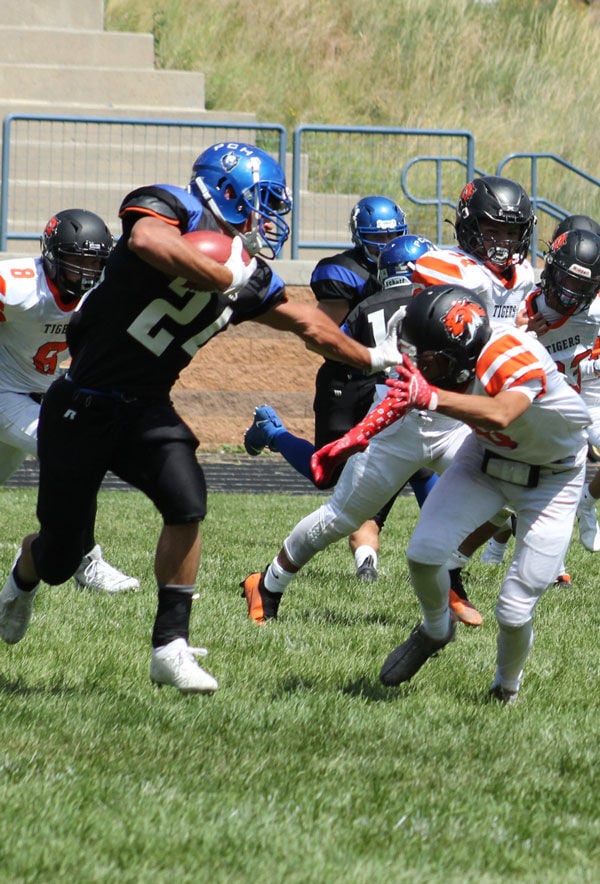 PCHS running back Allen Hardey throws out a stiff-arm and breaks into open field.

PCHS quarterback David Fouts glides into the end zone with a defender in pursuit.

PCHS running back Allen Hardey throws out a stiff-arm and breaks into open field.

After beating Sheridan 50-6  in the first week of conference play, the Platte Canyon Huskies added another convincing victory last week on the road against Jefferson, 53-13.

The win moved the Huskies to 3-3 overall on the season and 2-0 in league play.

The Huskies will face off against Clear Creek this Saturday at 1 p.m. That contest will be in Evergreen. Cripple Creek enters the game with a 1-4 overall record and is 1-1 in  conference.

The Huskies have gotten on track after some struggles moving the ball earlier in the season. Typical of the Huskies, the offensive line has led the way with a bevy of ball carries sharing time toting the ball.

The Huskies have rolled up  1143 yardsand 13 rushing touchdowns this season. Allen  Hardey, David Fouts and Jake Romero have each rushed for four or more touchdowns. Each of those players are making the most of their opportunities behind a solid offensive front and are averaging more than five yards per carry.