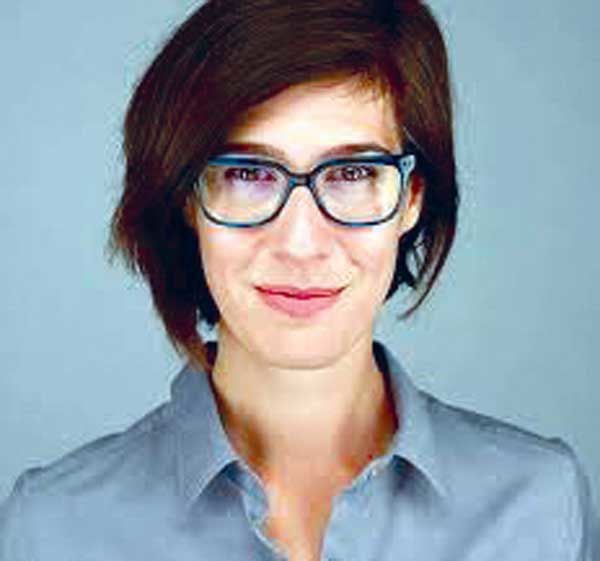 The keynote speaker for the the Diversity Day Celebration was Dr. Amber K. Kim who spoke on diversity and equity. 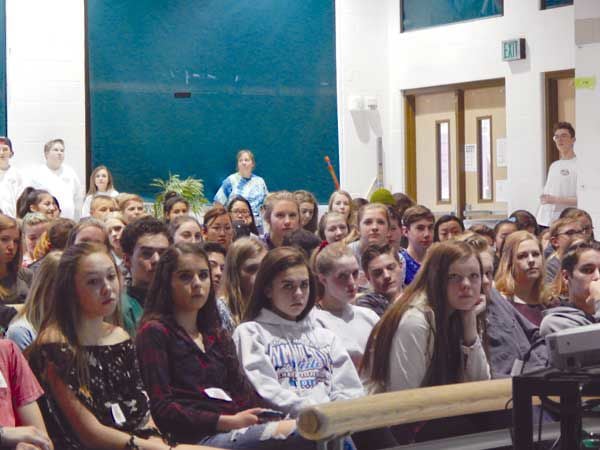 The keynote speaker for the the Diversity Day Celebration was Dr. Amber K. Kim who spoke on diversity and equity.

The Conifer High School Peer Counseling Program put on their second annual “Diversity Day.” The day was a huge success, according to Heather Kassman of Peace Tree Counseling. “We had a bigger turnout and more speakers than last year,” Kassman said.

The idea behind “Diversity Day,” is to teach the students who chose to come to the program, about diversity in a school where the majority of the population is white.

The program included many different topics that the students could attend throughout the morning breakout sessions.

The topics included: Native American Talking Stick, a Holocaust Survivor, a blind person, a gender identification speaker, the Anti-Defamation League, a speaker on youth homelessness, a speaker on Multiversity Dialog (learning to identify yourself and how to have inclusive conversations), finding yourself through yoga, the Phamaly Theatre (attitudes and perceptions about people with disabilities), Building Bridges (gender inequity and toxic environments), Art Therapy (finding stress relief through art), the Harmony Choir (LGBTQ Colorado Choir) and the keynote speaker on Equity Literacy, Amber K. Kim.

Kim earned her Ph.D. in curriculum and instruction from the University of Denver in June 2012, with a focus on urban education and culturally responsive and critical pedagogy.

Kim is a coach and consultant committed to helping educators develop equity literacy and student-centered schools. She partners to create educational environments that resist harm, fight oppression, and strengthen and nourish all students and staff, particularly those who are marginalized, excluded and suffer discrimination.

“Diversity without equity is oppression,” Kim said in her hour-long multimedia presentation to the CHS students. Kim spoke about what “equity” means, “Not just inviting people to the table because they are part of a minority group, that’s not equity. Equity is turning the table upside down and having meaningful conversations,” Kim said.

Kim’s approach is to start by understanding even subtle bias in materials (like text-books), in classroom interactions or in everyday life. She calls this step “recognize.”

The next step in Kim’s process is to “respond” to biases or inequities. She believes the way to do this is to acknowledge the inequity and have a real conversation about it. Kim thinks that many times the person or material does not intend to be biased, they just do not realize that their words are harmful.

To highlight this fact, Kim played a video of a man and a women in the park having a conversation. The woman appears to be Asian but when asked where she is from she responds that she was born in the U.S. The man continues to press her and she responds that her parents were born in the U.S. too. Finally she says, “My grandmother was from Korea.” “Oh you are Korean, I thought that is what you were.”

To make the point even more clear, the woman then asks the man where he is from. His response was “I am American.” So, the woman pushed him till he said his ancestors came from England. “Oh, so you are English; I thought so.”

The point of the video is to highlight that just because someone looks different they should not be treated any different.

The last step in Kim’s process is to “redress” the biases or inequities in the long term: To advocate against the inequities to educate people on the inequities, and to be an advocate for equitable practices.

The students gave Kim a standing ovation at the end of her speech. After the keynote speech from Kim came the breakout sessions for the students, they could participate in two sessions of their choice.

During the breakout sessions, The Flume had the opportunity to speak to a couple of students. The first was Will Toppin. The Flume asked, “What does diversity mean to you?”

“Acceptance of a variety of people, whether that means race, gender or sexual equality or any other mindset. But it is also talking about equality for those people and acceptance. What I mean by that is, it is important to have a wide variety of people but also to treat them well,” Toppin said.

Senior Brenna Nease also stopped by to talk and was asked by The Flume, “What does this day mean to you?” “For a school that does not have a lot of diversity, this day is about making people knowledgeable about the other things that other schools have in diversity, even though they do not see it here. It is hard to expect people to be respectful of diversity if they do not understand what it is. That is why we started this day, to educate the students about diversity,” Nease said.