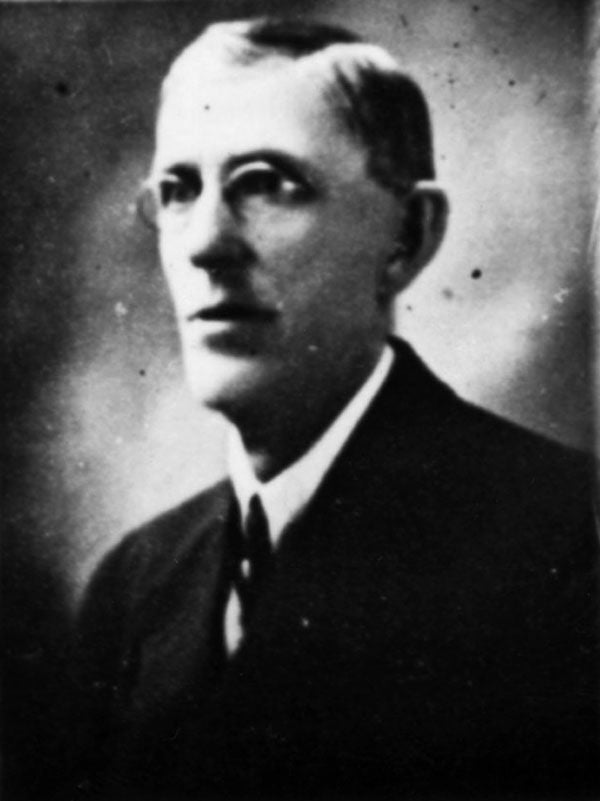 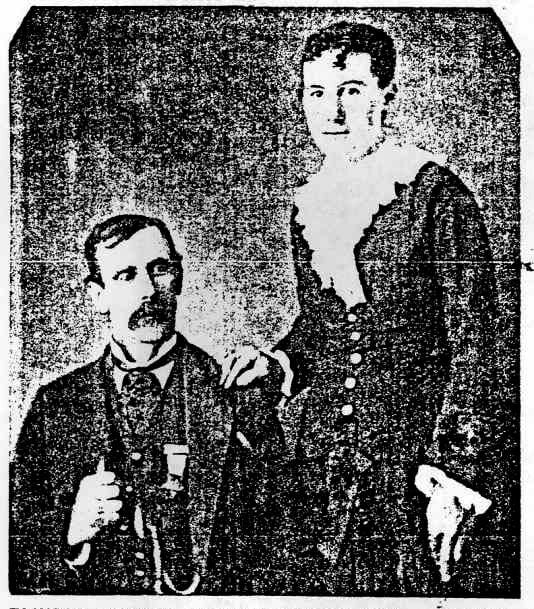 At 77 years old, Captain William Bainbridge White moved to Canon City in 1890 and possibly lived with his son Henry, who moved there in 1884 with his family. Next door to the east lived wealthy Canon City pioneer David Robinson. White’s son-in-law James B. Morford lived to the west. Morford bought lots in south Canon City, just across the First Street Bridge in late 1881 and moved his family there.

The Morfords were a pioneer mining and Canon City family who came from Roseville, Ill. The 1870 United States census has James, 26 years, and his sister Sarah, 18 years, living in Fremont County. Sarah married Henry Lewis White in 1871 and James married Ellen “Nellie” Virden (1852, Iowa) in July, 1872. The 1880 census has James and Nellie living in Gothic, Colo., a mining town near Crested Butte, and returning to Canon City in 1881.

In 1882, James was a precinct officer at the Colorado Democratic Convention and a city road overseer. He supervised work on a collapsed Canon City water ditch in 1899. In 1900, Morford was making sizeable additions to his south Canon City residence, and Lenore Fansher, related to Purlina Foster, who was John Reeves Witcher’s (West 4-Mile Creek) first wife, was visiting her relatives Misses Thompson and Morford of south Canon City.

Nellie was one of Canon City’s first public school teachers. The Canon City School District was formed in 1866 and in 1870 Nellie taught in the one-room school in Bates Hall, located on River Street, now called Royal Gorge Boulevard.

Nellie’s uncle Thomas Jefferson Virden, 1831, Illinois, and one of 12 children came to Colorado via Iowa and Nebraska in 1861 and spent four years mining. In 1865 Virden was in Fremont County. Virden fought in the Civil War and with the “bloody” 3rd Regiment at Sand Creek. Virden freighted to various mining areas around the state. In 1863 Virden and John Reeves Witcher bought the Castle Rock Ranch just north of Florence, which is now all prison property. Virden was a county assessor in 1872. In 1900, Virden was in Mesa County. He died in Los Angeles in 1926.

In 1891, Henry White moved to Cripple Creek after his daughter Gertie Estella and baby H’s deaths in 1891. His son Arthur had passed away in 1890.

Henry and James Morford located the famous Victor mine, the Little Joe, in the Cripple Creek mining district located between Victor and Cripple Creek on the east. The 7.02 acre mineral lode patent came through in 1894, with the owners listed as L.V. Irwin, J.B. Morford, Henry Thompson, Henry L. White and William B. White. The group sold the mine for $65,000.

The road ran from north of Garden Park east of Canon City, up Fourmile and Wilson Creeks to the west line of the then Raynolds Cattle Company ranch, then up to Cripple Creek. There were two halfway houses on the road, the most well known was Eldred. Martin Bender and Benjamin R. Dell from Currant Creek were in Eldred in the 1900 census.

The Shelf Road was a going concern until Florence opened the Florence and Cripple Creek Free Road (Phantom Canyon) a year later. The two competed for a time.

Sometime in 1891, Henry purchased the St. Cloud Hotel in Canon City, and immediately spent $15,000 of his Cripple Creek money to refurbish it. As it turned out, Henry’s father, Captain White “Billy,” was the daytime hotel clerk.

The St. Cloud was originally built in Silvercliff in 1883, but in the spring of 1886, owner J.P. DeWoody, moved it brick-by-brick by wagon to the corner of Seventh and Main Streets in Canon City.

After the move, a Mansard roof was added to the hotel, as well as an Otis elevator, a bar, billiard room, call buzzers in every room, and hot and cold baths. By 1888 they had electricity and there was an outside phone connection. The St. Cloud is still there and was recently purchased by Unbridled Holdings Company, LLC of Denver.

In 1896 Henry was a delegate to the National Democratic Convention and was elected county commissioner in 1897 and 1900. He served for seven years. Henry White also was a Fremont County undersheriff for one term and a deputy warden at the state penitentiary in Canon City.

April 17, 1899, at 86 years, Captain White died of stomach cancer in Canon City and is buried in Greenwood Cemetery. Aug. 26, 1901, Sabina, his wife 79 years, died of cerebral softening and was laid to rest next to her husband. They share a headstone.

Henry White was active in politics for many years after his father died and was commissioner in 1900.

Henry passed away of stomach cancer, like his father, in March, 1913, almost 100 years to the day that his father, Captain White, was born, April, 1813. A couple of months before Henry died, he visited the famous Mayo Brothers clinic in Minnesota to consult with them about his cancer, but they gave him no hope. Henry passed away at his home at 101 Macon Avenue and was laid to rest beside his parents in Greenwood Cemetery. Henry’s wife Sarah passed away in August, 1929 and is beside her husband.

After the Bank Panic of 1893 wiped out his wholesale meat market in Maysville, Captain White’s son William D. returned to Fremont County and is listed in Florence in the 1900, 1910 and 1920 censuses. Interestingly, Captain White was called Billy and his son William D. was called Billie. That’s exactly what gives historians nightmares and makes it difficult to trace families.

The Panic of 1893 was a national economic crisis and depression that lasted until 1897. The Sherman Silver Purchase Act of 1890 was mostly to blame for the panic. The act required the U.S. government to buy millions of ounces of silver above what was required by the 1878 Bland-Allison Act, driving up the price of silver.

People tried to redeem silver notes for gold until the limit of the amount of gold in the federal reserves was reached. This caused the collapse of two of the country’s largest employers, the Philadelphia and Reading Railroad and the National Cordage Company, which was trying to capture the hemp market to make rope.