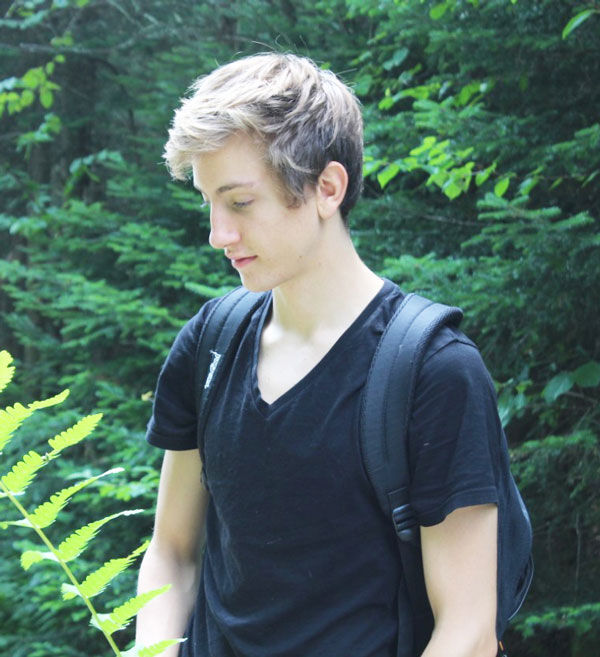 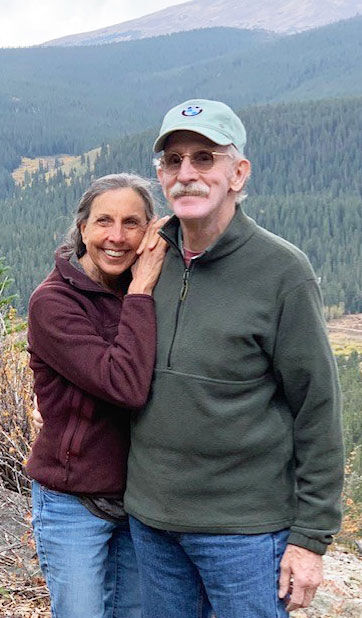 “When there is no turning back, then we should concern ourselves only with the best way of going forward.”  - Paulo Coelho

What is it that inspires parents to turn the tragic loss of a son into an impetus for good, and transform their grief into action that makes our world a better, more humane place?  This question could have many answers, but for former Fairplay residents, Jim and Jean Moloney, their source of inspiration was the very son they lost suddenly in a climbing accident outside of Boulder, on September 26, 2015.

“Angus could see the goodness in all around him.  His infectious smile brightened every room and lifted the spirits of all those he met.  Angus’s mind was as agile as his body – always leaping and diving towards big ideas.  At only 22 years old, he was well on his way to making substantive contributions to environmental and social justice issues.  Opening his own internet business in 2014, he was building a web presence to promote emerging entrepreneurs in the areas of sustainability, mental and physical health, and learning.  Among others, he supported a job assistance center to help veterans, an experiential learning center, and a massage therapy practice.   His love of nature and his creative “work-around approach” to life were built on life with his family growing up in Colorado, in the mountains above 10,000 feet, where he could look up at the night sky and see the Milky Way.”

On Sunday morning, Sept. 26 in Boulder, Jim, Jean, their son Emmet, his wife and grandson, and a host of Angus’ friends, will once again celebrate his life on their 6th Annual Memorial Hike near Boulder’s Chautauqua Park.  This year they will also have a dedication of a memorial sitting stone later that afternoon in the small Mattie Dean Garden Park, across from Columbia Cemetery, on Pleasant Street (between 8th & 9th).

“He’s stardust now,” Jean recalled her husband saying, six years ago as they waited to board the plane taking them to Colorado to claim his body.  That word, “Stardust” would not long after, become the name of the non-profit organized by Jim and Jean, along with his long-time girlfriend, Camille Babington, to honor Angus by carrying on the work he had been so determined and excited to do.

Stardust Startups became a 501(c)(3) non-profit that awards micro-grants to select emerging entrepreneurs who need seed money for projects focused on making positive social and environmental impacts.  Since its inception in 2015, Stardust Startups has awarded nearly $50,000 in grants to a diverse array of beginning businesses around the world in 11 countries and 5 US states - fascinating projects such as a bio-tech invention helping bees fight parasites and contaminants, a low-consumption indoor air cooling system, an ion-powered aircraft, alternative fuel sources for refugees, eco-responsible tiny housing,  bulk food distribution, aquatic tanks that reduce PTSD, a reusable take-out container service, a reading and technology program in Nigeria, a Los Angeles app start-up promoting green habits and local tips for millennials, and many more.

One of the unique businesses they’ve helped is Kajou, a company that makes highly nutritious cashew juice and flour from formerly wasted by-product in cultivating cashew fruit on the Ivory Coast, creating more jobs and additional income for poor local cashew farmers.

You can read about and follow the enterprises they’ve helped, and learn more about this impressive organization on their website:  Startduststartupfactory.org

Getting to know the Moloneys

I first got to know Jim and Jean Moloney in the early 1980’s while I was reporter for the Fairplay Flume.  They lived just outside of Fairplay in a home they built themselves, one of the first homes in the area‘s new subdivision, Silverheels Ranch, and well before electricity and phone were brought in.   Jim was a Breckenridge ski patrolman and worked summers as a carpenter and real estate salesman.  He had a clever sense of humor, played the guitar, and had a friendly dalmatian named Crash - the unofficial parade mascot for Alma Fire Department.  Jean was an enthusiastic, innovative Breckenridge High School Science, Social studies & Language teacher, exemplifying the diverse interests she would continue to pursue in years to come with inexhaustible energy and a can-do attitude.  She could also cook up a mean batch of her home state of Louisiana’s garlic fried shrimp.  Jim calls his “Southern” American Princess.”

They had two sons, Emmet in 1986 and Angus in 1993, both born in the old Salida Hospital, and remained active members of the South Park and Breckenridge communities as they worked and raised their sons, enjoying mountain life in the then much-less-populated high country.  In 1998, after commuting to earn her Ph.D. in Curriculum and Instruction from University of Denver, Jean accepted a job as Associate Professor of Education at Hartwick College in Oneonta, New York, and Jim got his real estate license there.

What followed in the years to come was what Jim later referred to as, “A pretty much organic, random trajectory for a life adventure.“  This included a move to Greenville, NC where Jim studied for a master’s degree in Counseling, and Jean earned a second Ph.D. in Coastal Resource Management.  She became Associate Professor of Geography for Barton College and State University of NY, and continued studies in water resource science.  When oldest son Emmet enlisted in the US Army in late 2009, she felt compelled to learn first-hand about the problems in Afghanistan that she had been studying, and left academia to find employment at the Department of Defense as a Senior Research Geographer.   After Angus graduated high school, she decided to deploy as part of the civilian surge with the Marines in Afghanistan in 2011-2012, to work with the US military and Afghan government advising and implementing environment management projects in the Helmand River watershed.  Read more about her experience there at:  https://stardust.spiritualalchemy.com/ebook_freeaccess

After Afghanistan Jean continued to work in water security as a Senior Research Geographer for the US Army Corps of Engineers.  Today she is busy running Angus’ marketing and consulting business, and most important to her, continues along with Camille and a staff of advisers, volunteers, and interns, to grow and evolve Stardust Startups. Jim works as a Substance Abuse/Rehab Counselor at Camp Lejeune Naval Hospital in North Carolina.

On their trips back to Colorado, they most enjoy visiting and reminiscing with their life-long friends here.   “The energy of Colorado never left us. I still dream about either ski patrol or Fairplay, usually once a month,” says Jim.

“One thing that crosses my mind about life in Park County and Summit,” Jean reflects, “is that we met more innovative and inventive people than we’ve ever known in our lives.”

Jean recalls how they’d often stop atop Hoosier Pass during their many nighttime commutes back to Fairplay, “just to marvel at the stars in the night sky. This bond to the mountain community continues to play an important part in our Stardust Startup story.”

From Grief to Purpose      by Jean Palmer Moloney

The transformation of grief to purpose is my life’s work.  Maybe it always has been.

I’m not able to put together the “How I Did It” template on transforming grief to purpose. However, I can share my story, and by doing so, I may be able to help others find their own way.

Frequently, people tell me how strong I am, but I don’t feel any more or less strong than I did before Angus passed away. They say that they don’t know how I “do” it… but I’m not even sure what “it” is.

I don’t know how to describe why or how I redefined normal and began moving from grief to purpose, but I know exactly where and when I became mindfully aware of my decision to transform:

•    I remember it was around eight o’clock on Sunday night…and I was sitting on the floor in the hallway of my house in the dark.

•    I remember the feel of my iPhone and touching the screen to call Camille.

•    I remember the sound of my voice telling her that the coroner had called and that Angus was found on a trail and that he was dead.

•    I remember her screaming.

•    I remember wishing I could give her a hug.

When Camille could speak, all she said was, “He was going to change the world.” At that moment, I mentally stepped back from the edge of a deep, dark abyss where I felt myself delicately balanced. I consciously made the decision to turn and walk away from despair.

Less than 24 hours later, The Stardust-Startup Factory was created.