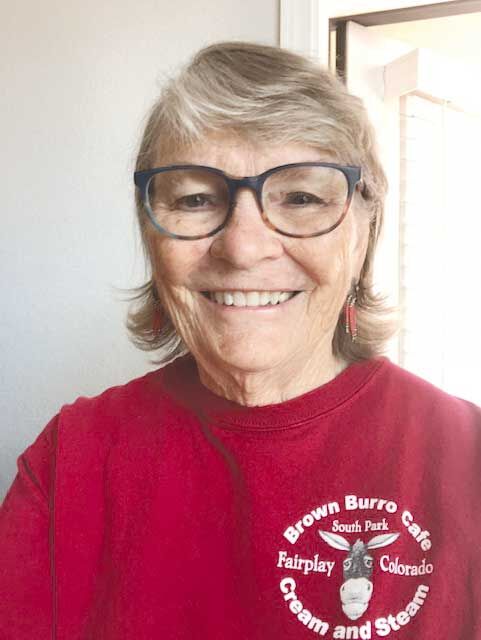 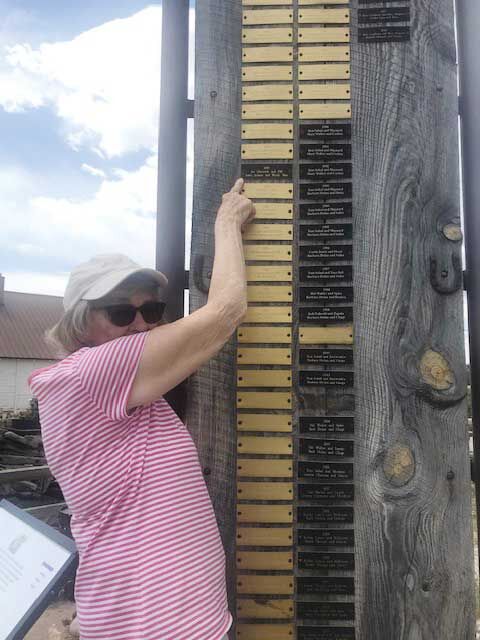 Nobody will ever know what Iretta Jackson Bell might have accomplished had she dedicated herself to becoming an elite endurance athlete during her youth.

One can speculate with reasonable certainty, however, that she would well have been highly competitive at national, or even international levels.

Compelling evidence to support that speculation was provided in July of 1959, when Bell and her burro laid down a women’s Long Course record that still stands today as one of, if not the fastest ever recorded, in the annual World Champonship Pack Burro Race.

Bell, who was entering her senior year at East High School in Denver at the time, covered the grueling, 23-mile, high-elevation route from Fairplay to Leadville in 5 hours and 26 minutes.

Since that time, according to less-than-scientific research conducted by The Flume, that blistering-fast mark has still not been seriously challenged by a female participant over a 23-mile stretch. And if that time has ever been seriously threatened, it was not any time recently.

Bell, who was just 16 at the time of the 11th Annual World Championship Pack Burro Race, was also the youngest female to ever win the race at the time – another record that likely remains in tact some 61 years after the fact.

”I really just participated as sort of an afterthought because my sister, who was supposed to race that year, was pregnant,” Bell said. “So I took her place.”

When asked if her burro, Wooley Bear, was dutifully by her side throughout the journey, Bell answered without hesitation.

“No, he was not,” she said. “At one point it was raining so I pulled out my raincoat and shook it to get it unraveled. That spooked that burro something terrible and he took off into the woods and way off the trail. I had him tied around my waist with a rope and was frantically trying to stay on my feet while he dragged me across really rough terrain.”

Bell eventually managed to corral her wayward burro and pressed ahead in pursuit of race leader, Stella Smith, who had won the event the previous two years.

“Ms. Smith led and I paced myself behind her for the entire first half of the race,” Bell recalled. “Over the switchbacks on the Leadville side, I finally passed her. Then my cinch belt that held the burro’s saddle on came loose and Wooley Bear took off ... way off the trail ... again.

Bell miraculously retrieved and rerouted her burro for a second time, but had to hold the saddle on with one hand for the remainder of the race. Nevertheless, she gamely tracked down the formidable leader for a second time. This time, however, she and Wooley Bear never looked back.

Amazingly, Bell had never been exposed to burros prior to the race. She estimates she could have shaved at least 15 minutes from her winning time if not for burro-related delays.

“I ran the whole way, and felt pretty good during the race,” Bell said. “But after the race, a reporter was asking me questions and I threw up all over his shoes.”

Bell’s high school sweetheart and current husband of 54 years, Jeff Belle, was feverishly waiting at the finish line along with about five other relatives, including Iretta’s parents.

“I remember being concerned about Iretta because of the strenuous nature of the race,” Jeff said. “But then she was awarded three hundred dollars in prize money, and didn’t share any of it with me.”

Iretta, who skied competitively in high school, vividly remembers her thoughts as she and her skittish burro forged through downtown Leadville and across the finish line comfortably ahead of their rivals.

“It was very gratifying, but I remember also being very glad it was over,” Bell said. “I never did anything that physically demanding before, or since. As for my family, I think they were happy but extremely surprised that I won.”

Since that cool, rainy summer morning in 1959, Iretta and Jeff have raised three children and have been blessed with eight grandchildren.

Jeff served in the U.S. Air Force for 30 years, did a combat tour in Vietnam, and eventually retired as a Colonel.

“I never participated in any more races or endurance events,” Iretta said. “We went to college, then Jeff entered the Air Force, then we had kids.”

Both Jeff and Iretta are graduates of the University of Colorado. Typical of Iretta, it took her just three years to complete the four-year program.

“I had to really buckle down and finish because we knew we would be relocating soon,” Iretta said.

When asked if he had ever challenged Iretta to a distance race, there was nothing ambiguous about his response.

Iretta admits that she has mused before as to what her capabilities might have been as an endurance athlete. But  even so, she convincingly insists that she no regrets.

“I ran and skied all my life until I had a stroke five years ago, and I also taught my kids and grandkids to ski,” Iretta said. “I remember skiing with a kid on my back, another between my skis in front of me, and another one in my belly.”

Today, Iretta is in good health and she and Jeff reside in Denver.

Iretta and Jeff attended a Burro Days race in 2004, and Iretta said she thorughly enjoyed revisiting the scene of her record-setting performance.

“The course has changed and the times today really can’t be fairly compared to my time in 1959,” Iretta modestly insisted. “But winning that race will always be one of my fondest memories.”

Iretta probably noted the winning time among female participants when she attended the 2004 race in person, and very likely smiled with a sense of pure satisfaction.

Keep smiling, Iretta, because in 71 years of World Championship Pack Burro Racing in Fairplay, few, if any, have ever done it better.