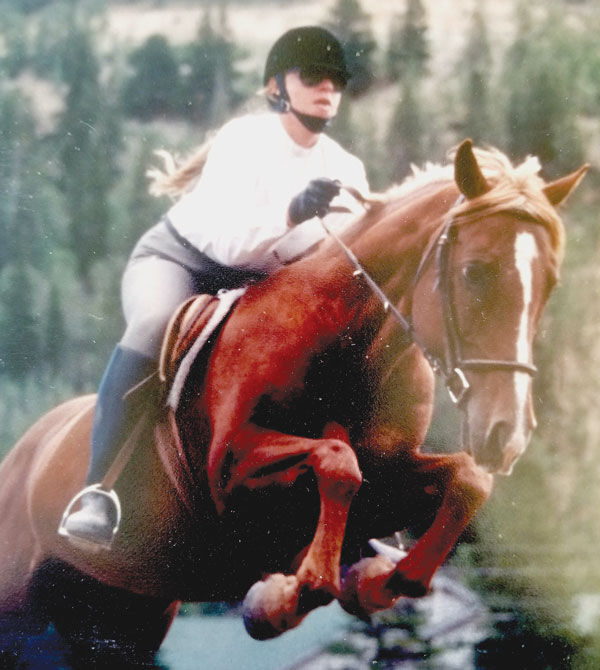 Sandra Hagan goes airborn atop one of many horses she owned and cared for at her ranch in Garo. (Photo courtesy of Richard Twadell) 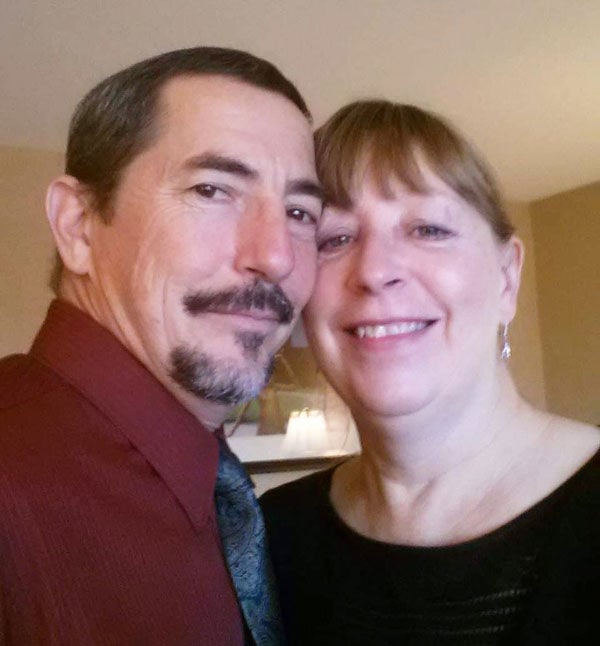 Sandra Hagan goes airborn atop one of many horses she owned and cared for at her ranch in Garo. (Photo courtesy of Richard Twadell)

Very few of us exude a quiet confidence and a high level of competence in all that we do. Even fewer of us are able to maintain a consistently kind, caring disposition – even under trying circumstances.

Sandra Jean Hagan was one of the few who could, and that’s just part of the reason a huge void and many heavy hearts have been left in her wake since her passing on Nov. 8, 2020. Hagan was 64.

Whether handling business as the lone USPS postal clerk in Hartsel, rising to the level of certified general appraiser at the county assessor’s office in Fairplay or caring for the many animals on her 40-acre ranch in Garo, Hagan always got the job done in an exceptional way.

“Sandy was just a very strong woman, and also very kind and hospitable,” said Richard Twadell. “She could always be trusted, and if you were her friend, then you knew it.”

Twadell met Hagan in 2010, and the two were common law husband and wife until the time of her passing. Sadly, the two were planning to make their marriage official through the St. Rose of Lima Catholic Church in Buena Vista, and were attending pre-marital counseling there as part of the Catholic custom.

“We actually completed the third counseling session while she was in the hospital,” Twadell said. “She fully expected to come home, and we were both excited about getting through the process and making our marriage official.”

“Sandra drifted away from the church for quite a while, but began attending again in 2016. We didn’t miss church unless there was some unavoidable circumstance to keep us from going. She did her rosary every morning, and if she missed she would do it in the afternoon. If she missed an entire day, she would do two the next day.”

Hagan always took her commitments seriously, and her work ethic was impeccable by all accounts. She was the lone postmistress at the Hartsel Post Office, for example, where her can-do attitude and passion for helping others endeared her to countless customers.

I always called her “Smiling Sandy,” said customer, friend and Hartsel resident, Terrie Delassandro. “She was an absolute sweetheart, and she loved her friends, family and the animals on her ranch.”

“She was a one-person show at the post office, and she was there six days a week, six-and-a-half to eight hours a day. I know a lot of people miss her because she was always kind and respectful to everyone who came in there. She always got to work about fifteen minutes early, and always came prepared with change and small bills.”

Twadell said Hagan’s likability and people skills extended to animals as well, resulting in an exceptionally smooth-running ranch where she lived for almost 25 years.

“Her ranch was amazing,” he said. “I called her Dr. Dolittle because everything ran so smoothly. I mean, the dogs loved the chickens and every animal on the ranch lived in peace and harmony with the others.”

Hagan grew up in Springfield, Mass., and was one of 10 children raised by parents Russell and Evelyn Charest. Her father, coincidentally, was a postal worker.

“Sandra rarely acted impulsively and always made very informed, well-researched decisions,” Twadell said. “She was very loyal to friends, but she also had trouble tolerating those who didn’t carry their weight. She assigned a fence-repair project to me on the ranch, for example, that took me four years to complete.”

When asked if Hagan was the type “who didn’t suffer fools gladly,” Twadell laughed.

“She didn’t suffer fools gladly, but didn’t have to often because she usually saw them coming,” he responded.

When Hagan was shopping for the perfect ranch property, a realtor showed her a piece of property adjacent to what would eventually become her ranch. While viewing the adjacent property, Hagan noticed the ranch property was also for sale.

Sandra was married to Jim Hagan for about 20 years, but the couple eventually divorced under amicable terms.

“We always got along, and we always remained friends,” Hagan said of his relationship with Sandra. “I had a shoulder surgery and she took care of me out at the ranch after we divorced, and she took care of my dog when I went to Lake Powell for a vacation. She was always great to people. I was really happy for she and Richard when they found each other, and he’s a great guy.”

Sandra never had children of her own. Conversely, Twadell did, and he currently has 19 grandchildren.

“Sandra took my grandkids in as her own from the start,” Twadell said. “From Sandra’s perspective, the kids always came first.”

Hagan was active in a variety of volunteering efforts, including her work at the Buena Vista Pregnancy Center, the education program at St. Rose of Lima Catholic Church in Buena Vista and Hartsel Days, just to name a few.

To a person, those interviewed for this story consistently raved about Hagan’s willingness to help others, as well as her ability to solve problems and improve situations for those around her.

Hagan’s efforts were certainly not in vain, as Twadell can attest.

“Simply put, Sandra made me a better man,” Twadell said.

For many reasons, in many ways, and by all accounts, Sandra Jean Hagan was one of the few.