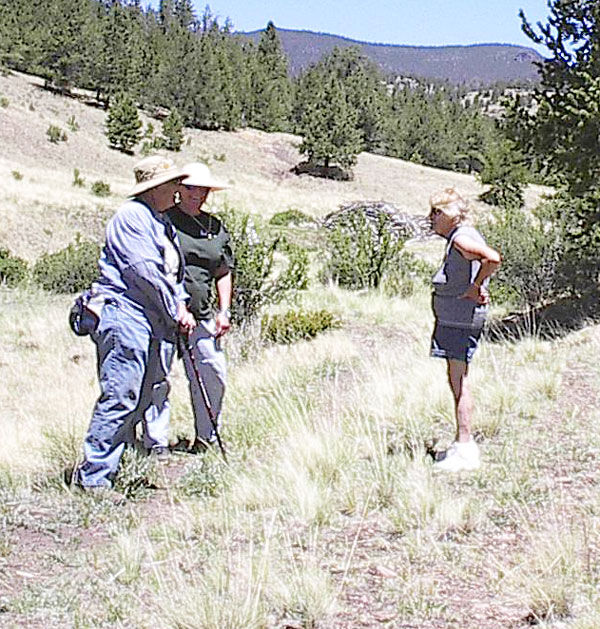 Pat Ownbey and friends exploring the old road from the ghost town of Alhambra to Guffey. 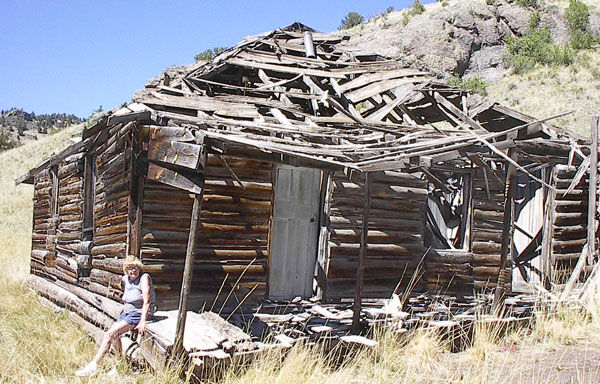 town of Alhambra. Pat played among the old buildings of Alhambra when she was growing up in Guffey.

Pat Ownbey and friends exploring the old road from the ghost town of Alhambra to Guffey.

town of Alhambra. Pat played among the old buildings of Alhambra when she was growing up in Guffey.

Patricia “Pat” Ann Ownbey was born February 5, 1938, near the end of the Great Depression and the Dust Bowl, in Denver and was adopted by Walter and Verna May Tracy. Pat passed away Sept. 17, 2021 in Canon City after having lived in the Guffey area for 76 years.

Pat came to Guffey in 1945 to live with Art and Mozelle West. Mozelle was Pat’s 20-year older sister. They lived next to the Guffey post office. Pat jokingly said when she got to Guffey there were only 14 people living there and they were all related. Art owned a sawmill at the Guffey turn off of State Highway 9.

Pat’s mother, Verna May, moved to Guffey in 1951, met and married Buford Dell and they lived on Main Street.

Pat and her horse spent lots of time together and rode all around the area. They rode to remote ranches and stayed several days to a week helping out, she remembers.

When Pat married Frank Ownbey in 1958, they bought the 110 Main Street house from Buford, who moved next door into the Airstream trailer. Pat and Frank added the crystal rock chimney to the house with rocks from Buford and his father Alfred’s Betty Mine southwest of Guffey, where Pat had worked. Pat had three children, Bonnie, John and Susan.

In 1960 the couple started a small snack store in the old Guffey jail and in 1961, they built the building next door on the north and started a general store, complete with gas pumps and called it Frank’s Service, although they did not do car repair, but did fix flat tires, Pat said. They sold the store in 1970 to local resident Bill Soux, who probably named it the Guffey General Store. They moved from 110 Main Street to the newly developed Pike Trails Ranches subdivision west of Guffey in 1970 or 1971. The couple was among the first property owners and residents of Pike Trails.

Pike Trails Ranches was first filed for in 1970 by land salesman David Holcomb who bought the 4,000 acres from Johnny Harvey. It is part of the vast Harvey Ranch which was purchased in 1964 from the estate of Gene Rowe.

Pat and Frank built their house there and Pat had an egg business, selling eggs from her chickens. Pat was a nurse and volunteered on the Southern Park County Fire Protection District. Pat also did a lot of home health care for seniors in Canon City.

Frank passed away in 2002 after 43 years of marriage. Pat stayed in their house and was forced to semi-retire because of health reasons the last several years.

Pat volunteered at the Homestead House in Cripple Creek giving tours and history of the house, which was a brothel owned by Pearl Deville and catered to the most wealthy miners during the town’s heyday. Pat loved giving the tours.

The community will sorely miss Pat Ownbey and a large part of the area’s history went with her. Pat was very helpful to this author and supplied a lot of historic information to me for my articles about the area. I will really miss her and thank her for all she gave me.