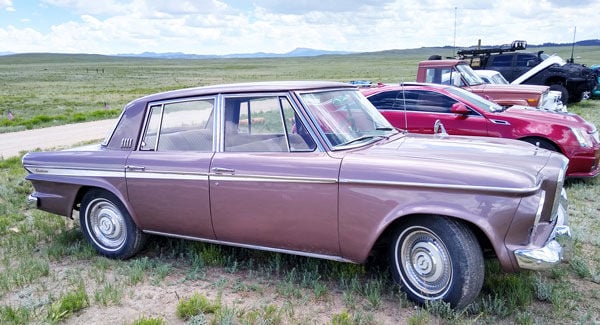 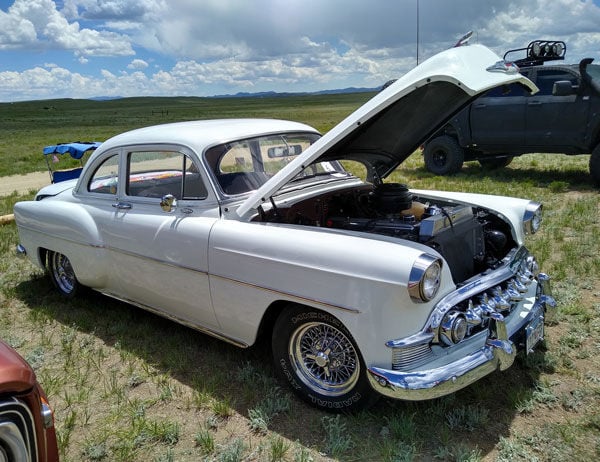 The Hartsel Fire Auxiliary sponsored its First Annual Car Show as a fundraiser July 3 at the Ranch of the Rockies pavilion. Classic cars, shiny new cars, four wheel jeeps, trucks and motorcycles were all featured the event, which drew over 100 people.

The highlight of the afternoon was the birthday song for Josh Edell, who turned 29 at the car show. When not celebrating his birthday, Edell works as the ranch manager at Ranch of the Rockies.

“I found out about the event and was happy to attend, especially after I learned that Salida cancelled its parade,” said Jim Angel, who brought his “MadMax” Army tribute truck to the show.

Angel said his truck goes anyplace it needs to and it won first place at the HFA car show. The HFA shuttle bus was also on display, and auxiliary members sold HFA shirts at the event.