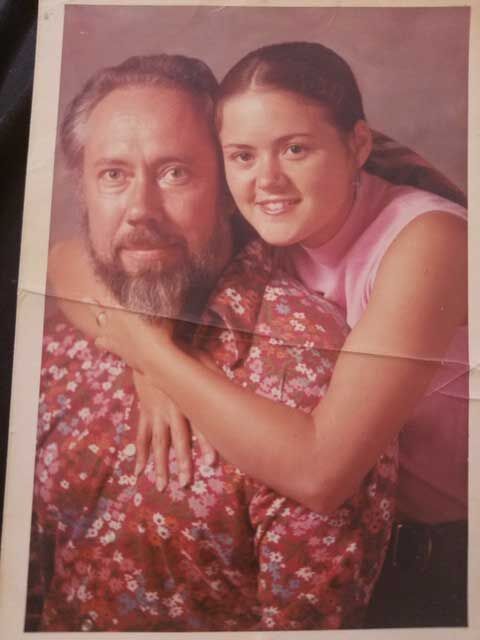 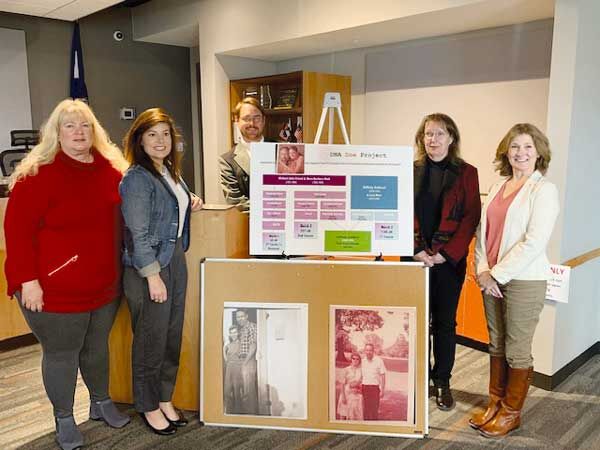 In 1974, the Park County Sheriff’s Office was at a loss to identify a man found dead off County Road 62 near Grant, Colo. His body was discovered by hikers, and was situated at the base of a towering rock formation on the south side of Guanella Pass.

No clues were ever found at the scene to assist in identifying the man, but fingerprints and dental records were obtained as part of an autopsy. That information failed to match with regional missing persons cases, so newspapers, including The Flume, published articles about the discovery in hopes of drumming up leads.

Those efforts were unsuccessful, and the investigation reached what seemed to be a resounding dead end. The unidentified man was interred in an unmarkedgrave at the Fairplay Cemetery.

The case sat dormant until 2011, when Park County Coroner David Kintz Jr. submitted information pertaining to the unidentified man into a national database for missing persons. No leads were generated as a result of those efforts.

In 2017, Kintz had the body exhumed and sent a bone sample to the FBI’s DNA experts to run against all missing persons cases, as well as all criminal cases in the United States. That process, however, yielded no results, either.

In 2018, Kintz learned about a new scientific process referred to as forensic genealogy, and believed it might be a useful tool in his quest to solve the longstanding mystery. That led Kintz to the DNA Doe Project, which was formed as a nonprofit in 2017 with the mission of identifying “John Does.”

DDP is an all-volunteer organization whose mission is to identify John and Jane Does and return them to their families. The genealogy research is pro bono, but relies on donations to fund lab costs when agencies cannot afford them. To date, DDP has made over forty confirmed identifications.

Kintz partnered with DDP in the summer of 2019, and a four-member, all-volunteers team was assigned to the case.

After more than 800 hours of genetic research, in September of 2020, an eager Kintz was thrilled to finally learn the long-awaited identity of his subject: Anthony John Ambrust III.

Kintz, along with DDP team members, held a press conference Monday in Fairplay to announce the solving of the Armbrust case and to tell the details of his life, and death, which had remained a mystery for almost five decades.

It was determined through extensive interviews that the Armbrusts contacted members of the church in San Diego and asked them to come to Golden to remove all their belongings from their apartment, as well as a German shepherd puppy, because they ‘would not be needing them anymore.’

Interviews performed by Kintz also revealed that the couple had moved to Golden for the stated purpose of being “taken by God in the Colorado Mountains.” Armbrust was suffering from what might have been a terminal case of emphysema, which might have contributed to the couple’s mutual agreement to carry out a suicide pact together.

Kintz says he believes Armbrust either jumped intentionally from the rock formations above, or fell prematurely from the steep and unstable terrain to his death. The official cause of Armbrust’s death was blunt force injuries.

The whereabouts of Renee is still unknown. Kintz has had at least one search conducted in hopes of finding her remains in the same vicinity as her husband’s, but the search came up empty.

According to Kintz, those who knew the couple insist that “Renee would not have left John’s side.” Renee has not been seen since the couple’s departure for Golden in 1973.

“The general opinion of all people associated is that she [Renee] most likely perished with him somewhere or nearby, but that’s all we have to go on right now,” Kintz said.

Kintz said he is in the process of organizing another search of the area in hopes of locating Renee.

According to Kintz, who referred to the four-member DDP team as “Unsung super heroes,” the science required in solving the Armbrust case was not available as recently as recently as three years ago.

The processes involved in solving mysteries such as the identification of Armbrust are tedious, time consuming, complicated and often fraught with failure and frustration.

But to DDP team members, it is simply a labor of love.

“Genealogy is the ultimate puzzle, and there is only one right answer,” said DDP team member Lori Flowers. “I also love working as a team. I spend thirty or forty hours per week doing this and it doesn’t even feel like work.”

Team Leader Missy Koski agreed, stating that the Armbrust case was especially gratifying to solve because it was an extremely difficult case with many twists and turns.

“There is an overall strategy and big picture perspective within this process, but it still has to be done one match at a time,” Koski said.

Team member Jackie Jones noted that the team concept is vital to the group’s success because each member possesses unique skill sets.

“I might get stuck on something, and Lori will figure it out in no time at all,” Jones said. “So our diversity is an asset. “

But beyond the cutting edge scientific processes, and even beyond the thrill of solving mysteries, is the greatest thrill of all: providing piece of mind to the living, and serving as a voice or representative for the deceased.

“No matter who the deceased or unidentified party might be, someone loves and misses them,” Kintz said. “So there is a deeper responsibility to find answers for those people who want them.”

“The fact that we were able to use such new technology and new science to get this accomplished means the world,” Kintz said. “For those of us that work in forensics, our ultimate job is to speak for those who can’t speak for themselves. It’s a passion of mine, and it’s a passion of everyone who works in this field. They’re superheroes; they’re the unsung superheroes behind the scenes who don’t get the flashy press coverage, but they do the job that needs to be done.