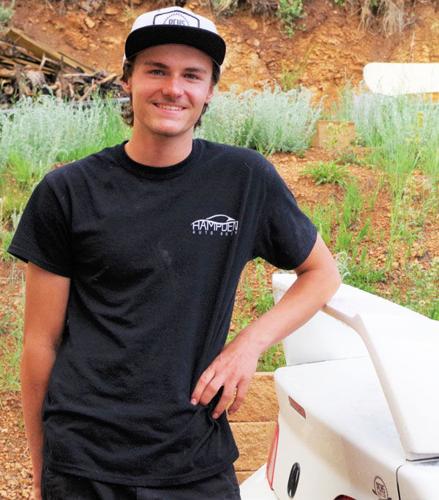 Where it all began - the car project that set Bryce Kunkel on the road to a sixth place finish in the National Skills USA  Automotive Refinishing Technology Competition in Atlanta,Georgia. 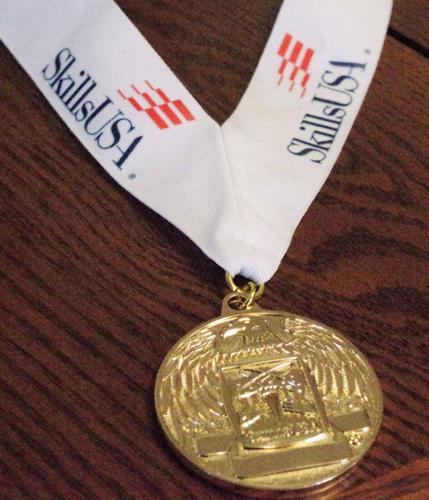 Where it all began - the car project that set Bryce Kunkel on the road to a sixth place finish in the National Skills USA  Automotive Refinishing Technology Competition in Atlanta,Georgia.

Kunkel is the son of Stephanie and Jason Kunkel of Bailey. He attended Platte Canyon schools from the seventh grade until graduation this year. Kunkel was a member of the Yacht Club and attended Warren Tech during high school.

“Bryce has always been able to see it and make it,” stated his mom. At a very young age Kunkel began modifying Power Wheels, using files and paper clips to modify Hot Wheels cars. From Hot Wheels cars, he moved to modifying remote control cars. Real life “stuff” came next.

Kunkel’s interests led him to attend Warren Tech, learning autobody technology.  When he wanted to put a wing on his own car, he went to a professor and began to learn fabrication and welding. Three weeks later, Kunkel entered a regional competition with other students in the Warren Tech program, placing second.

These competitions required participants to fix a car scratch, sand, prime, color blend and clear coat a panel. Participants also completed tests on color theory and tinting as well as tests on leadership skills, including participating in job interviews and creating a resume.

Kunkel is currently working at Hampden Auto Body, where he has the opportunity to work on many high-end cars with his goal “to work and make money.”

When he is not working, Kunkel enjoys mountain biking, dirt biking, motorcycles, camping, snowboarding and is learning disc golf. Kunkel also has several projects at his home, including modifications to his truck and motorcycle.

Kunkel will continue his course work at Warren Tech while also taking core classes at Red Rocks Community College and working at his autobody job.

The Flume would like to congratulate Bryce Kunkel on his success!