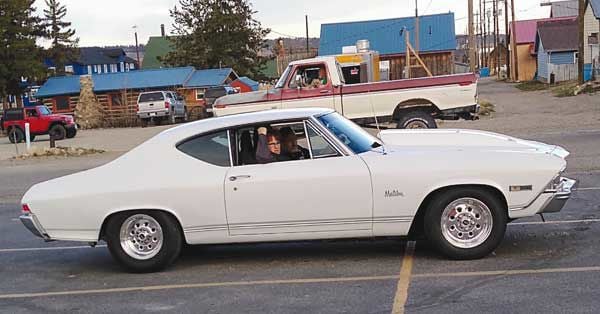 At the halfway point of the cruise, all cars, trucks, buses and motorcycles stop and sing the National Anthem. (Photo by Lori Bennett/The Flume) 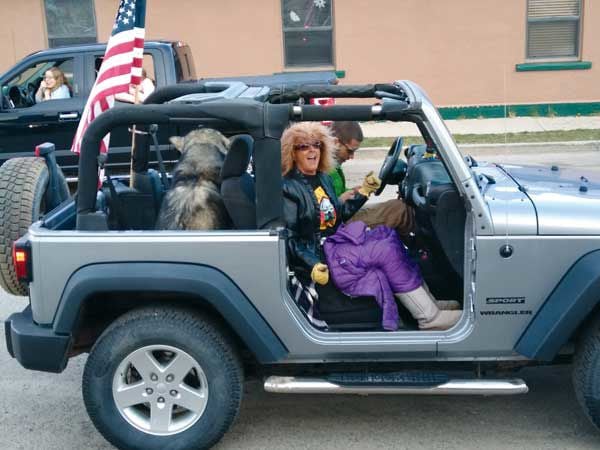 Fairplay cruiser rocks out with big hair, singing and, best of all, air guitar. The theme last week was 1980s. This week, May 15, it’s 1960s rock. (Photo by Lori Bennett/The Flume)

At the halfway point of the cruise, all cars, trucks, buses and motorcycles stop and sing the National Anthem. (Photo by Lori Bennett/The Flume)

Fairplay cruiser rocks out with big hair, singing and, best of all, air guitar. The theme last week was 1980s. This week, May 15, it’s 1960s rock. (Photo by Lori Bennett/The Flume)

If you ask people who have been married three times, they often reply, “the third time’s a charm.”

In the case of the Fairplay Cruise, three Friday events in a row were successful and now the event is slated to continue throughout the summer.

April Stolhand, owner of Silverheels Towing and the brains behind the idea, as well as project organizer for the Cruise said, “I thought this would be a good, safe way for people to see their neighbors and kids to see their friends and teachers.”

She added, “My husband and I grew up cruising in Colfax (Avenue) in Denver in the eighties, and it was good wholesome fun

“The cops came out and everyone knew where their children were,” Stolhand said.

“We didn’t need a permit since it’s a public street, but we got permission from the Sheriff and the Chief of Police for Fairplay, who have joined in the event. The Mayor has also joined in the fun,” Stolhand said.

Currently, the plan is to continue the Friday Cruise in Fairplay from 7 -8 p.m. throughout the summer.

Additionally, the mayor and creative idea makers, such as Stolhand, are brainstorming additional safe ways to have fun, as well as generating revenue for local businesses.

One business owner told Stolhand that the extra Friday night business is helping them “squeak by.”

In addition to eating good food and listening to the sweet sounds of cool classic engine revving, the Heart of the Rockies FM radio station 102.9 has dedicated their DJ, Michael Klepper, who creates and plays a playlist with a designated theme from 7 - 8 p.m.

Last week’s theme was celebrating the 1980s and the streets of Fairplay were filled with costumes, 80s music and lots of hairspray-induced big hair.

Details are added each week to the cruise. For example, last week cruisers donated food items and money for the South Park Food Bank, and the American Legion Hut has also become a recipient of donations raised at the cruise.

Stolhand is especially proud of the Fairplay cruisers, who have all been following safety guidelines, including social distancing.

This week’s theme, May 15, is rocking the 1960s, so jump into your bell bottoms and get your groove on.