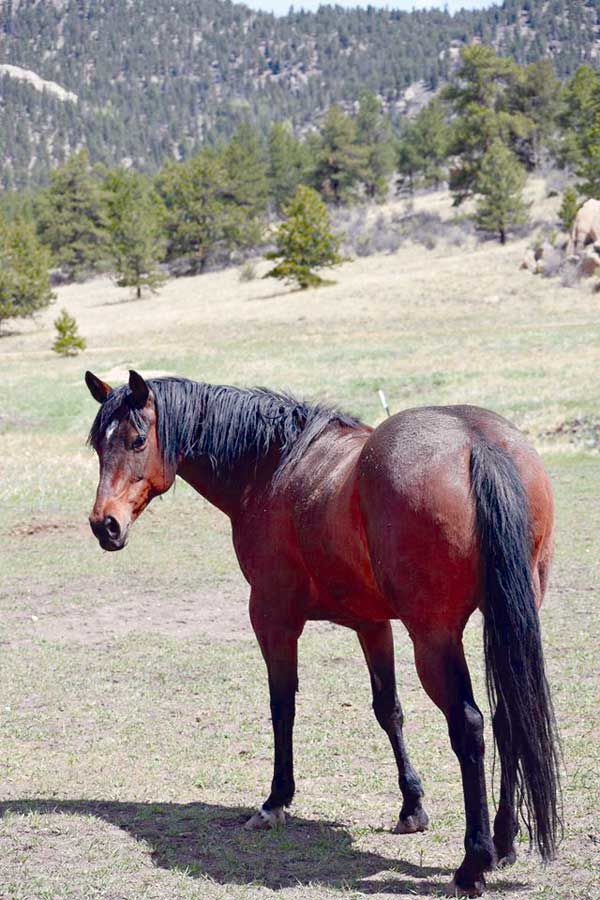 Cinnamon is a 15-year-old American Paint Association papered mare. She is listed as a Quarter Horse Paint. (Photos courtesy of Sonja Oliver) 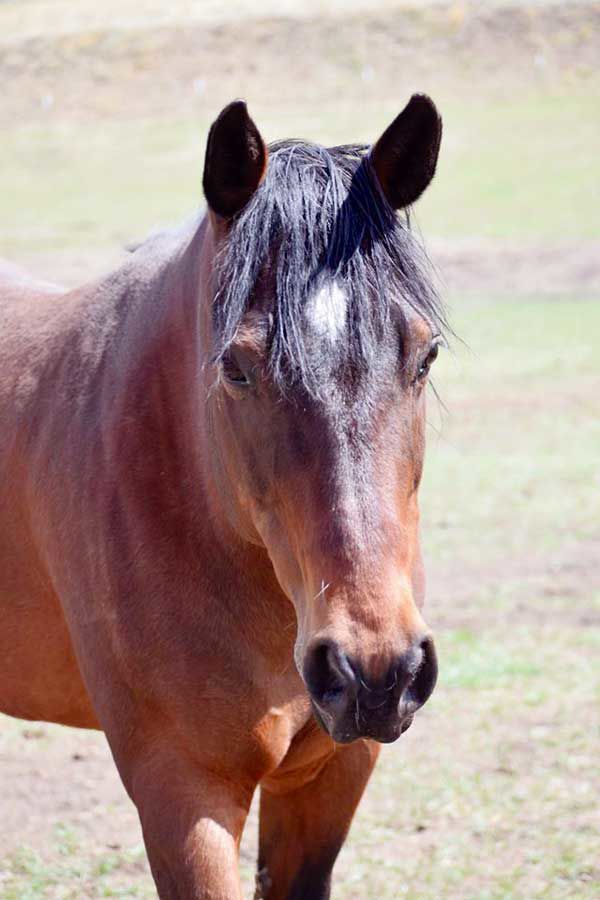 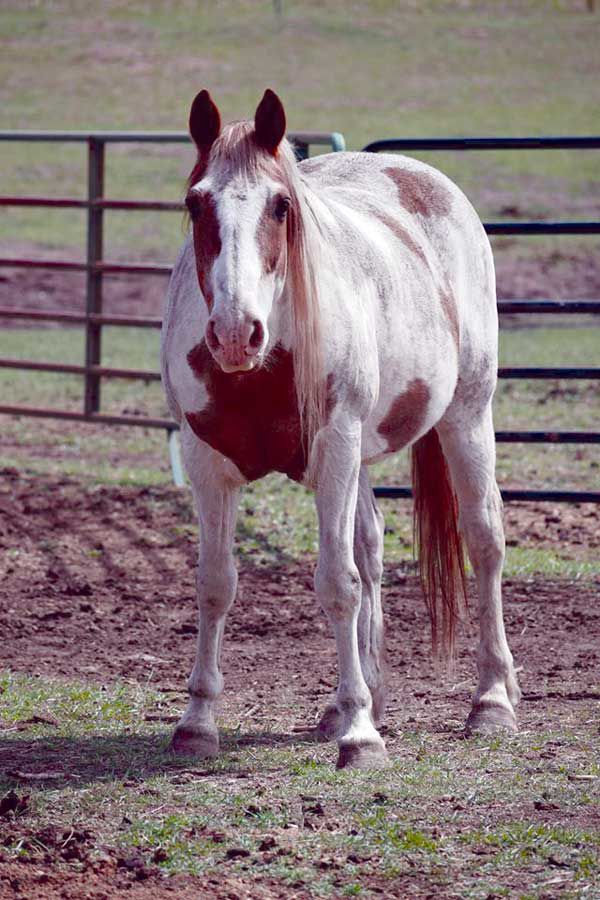 Easter is an 18-year-old grade gelding believed to be mostly quarter horse with Tennessee Walker and Fox Trotter in the mix. (Photos courtesy of Sonja Oliver) 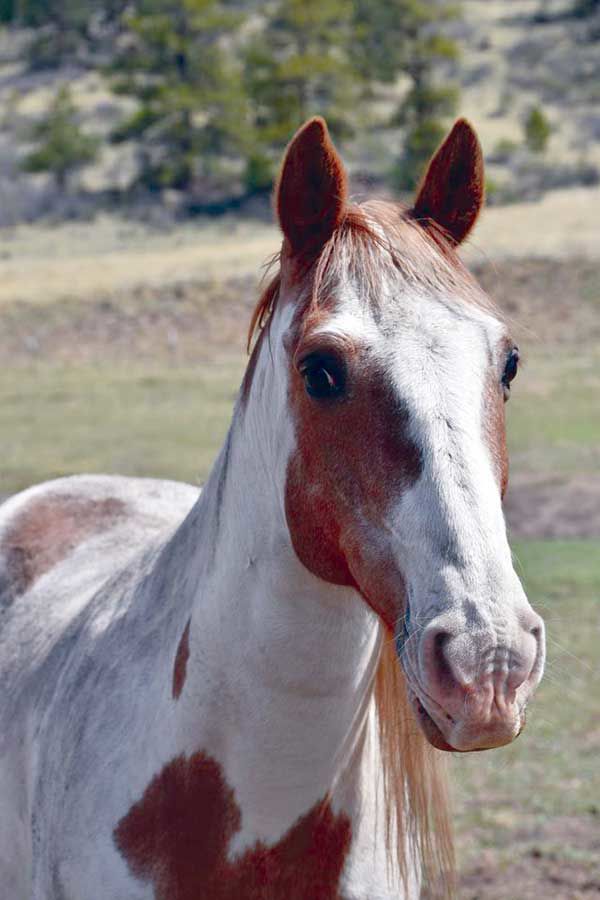 Cinnamon is a 15-year-old American Paint Association papered mare. She is listed as a Quarter Horse Paint. (Photos courtesy of Sonja Oliver)

Easter is an 18-year-old grade gelding believed to be mostly quarter horse with Tennessee Walker and Fox Trotter in the mix. (Photos courtesy of Sonja Oliver)

Horses, like other animals, become like family, and for Sonja Oliver, losing your beloved horses in such a mysterious way is heartbreaking.

Rex and Sonja Oliver lived in Park County for eight years along with their horses, Easter and Cinnamon. In order to help with their grandchildren, they decided to move back to Arkansas.

They decided to sell the horses, but they wanted to keep them together and find a good home for them.

Their farrier of five years and, at that time, a trusted friend, said he knew of a family that may be interested in them. He picked up the horses in mid to late October of 2018 to transport to his friend to see if the horses would work out for them. That’s the last time Sonja Oliver saw her horses or heard anything about them.

In a bizarre twist of fate, at Thanksgiving, the farrier, Patrick Frazee, was a person of interest in the disappearance of his fiancée Kelsey Berreth. During the investigation, there was an aerial video taken of Frazee’s property in Florissant, and Oliver thought she recognized her horses in his corral.

Park County Sheriff Tom McGraw is willing to give any assistance he can, but since the investigation into the disappearance of Berreth and Frazee’s subsequent arrest and conviction, it makes things even more difficult and somewhat more complicated.

It turned out that the horses on the news feed were not Easter and Cinnamon. However, Oliver is still searching and hasn’t given up hope.

“Since this has happened, I have heard all sorts of theories as to what Patrick did with my horses. Since the family he spoke of probably doesn’t exist, and it has been said that Patrick was known for shenanigans as a horse trader, they may have been taken to a livestock auction house in Kansas. If that is the case, I am heartsick. From there they could go anywhere and I hate to think of their fate and that I let them down,” she said.

Oliver feels there is still hope they could still be somewhere in Colorado. Oliver recently posted an appeal and photos on Facebook with the hope that someone might recognize the two horses.

Easter is an 18-year-old grade gelding believed to be mostly quarter horse with Tennessee Walker and Fox Trotter in the mix.

Cinnamon is a 15-year-old American Paint Association papered mare. She is listed as a Quarter Horse Paint.

“Easter was born and raised on our ranch in Arkansas. He was our stud horse and threw amazingly beautiful foals, all black and white because of a homozygous gene. Cinnamon came to us at the age of two, a registered APHA bay mare. Both were loved by our family, well trained and never saw cruelty or hardship,” Oliver said.

Oliver is extremely distraught and wants to know what happened to her beloved horses. If anyone has any information regarding the possible whereabouts or anything related to this case can call the Park County Animal Control.

“I trusted Patrick and never would have imagined anything like what has gone on”, Mrs. Oliver said.

“My heart is broken over this and I just want to know where my horses are and that they are safe.”